The health and safety of our staff, customers, and community is our top priority. Read an important message from Toyota of Grand Rapids.
Home
/
Used
/
Toyota
/
Sequoia
/
Limited 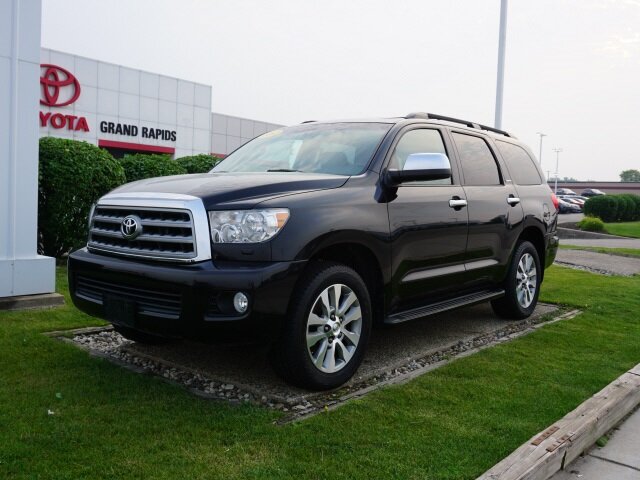 Model Overview
The 2013 Toyota Sequoia model line consists of SR5, Limited and Platinum models. All models get a 381-hp, 5.7L 'i-Force' V8 rated at 13 mpg city and 18 mpg highway in 2-wheel drive form. 4-wheel drive Sequoias are rated at 13 mpg in the city and 17 mpg on the highway.
The optional 4-wheel drive system includes a 2-speed transfer case with a true low range good for real off-roading and other heavy-duty tasks, while a Torsen limited-slip differential helps distribute power in a predictable, steady manner. Switching between the system's modes only involves turning a simple dash-mounted knob.

Thanks to a 4-wheel independent suspension and tubular anti-roll bars, the Sequoia rides and handles quite well. An optional air suspension further improves comfort and includes larger 20-inch wheels and tires. Stopping power is good even when the Sequoia is fully loaded, thanks to big 4-piston anti-lock ventilated disc brakes with brake assist. Electronic stability control helps maintain safety for abrupt maneuvers or on slippery surfaces.

Proof that the Sequoia was built to handle demanding towing tasks, the SUV's tow hitch is integrated into the frame. This allows tow ratings to range as high as 10,000 pounds and the transmission includes a tow/haul mode to utilize engine braking.

Eight-passenger seating is standard on the Sequoia in the form of three rows and an option for second-row captain's chairs setup is available. The second row slides fore and aft to optimize comfort between rows and aid access, and in models with the bench seat, it's split 40/20/40 for the best combination of people and cargo. The third row is split 60/40 and can recline or fold flat. Behind the third row there's a rear power window and a power tailgate is available.

Additional safety features on the Sequoia include roll-sensing side-curtain airbags, front-seat side bags and now knee bags for front occupants.

One of the best things about the Sequoia is that although it wears a Toyota badge, its well-equipped interior makes it feel like it's a Lexus. The extensive standard-equipment list includes a 3-zone climate control system, keyless entry, cruise control and an 8-speaker CD sound system with Bluetooth, satellite radio and MP3 compatibility. The Limited trim adds parking sensors, fog lamps, heated leather power-adjustable seats, a roof rack, a JBL sound system and other upgrades. At the top of the range, the Platinum adds 20-inch diamond cut-finish alloys, the load-leveling air suspension, memory seats, second-row heated seats, a sunroof and a Lexus navigation system with rear camera. Laser cruise control and a rear-seat Blu-Ray entertainment system are also now included. 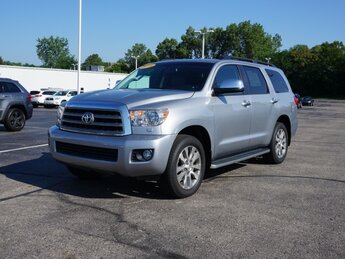 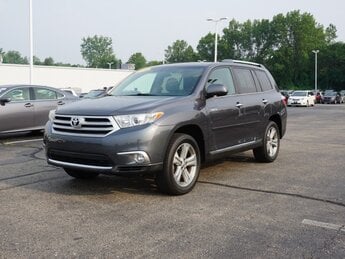